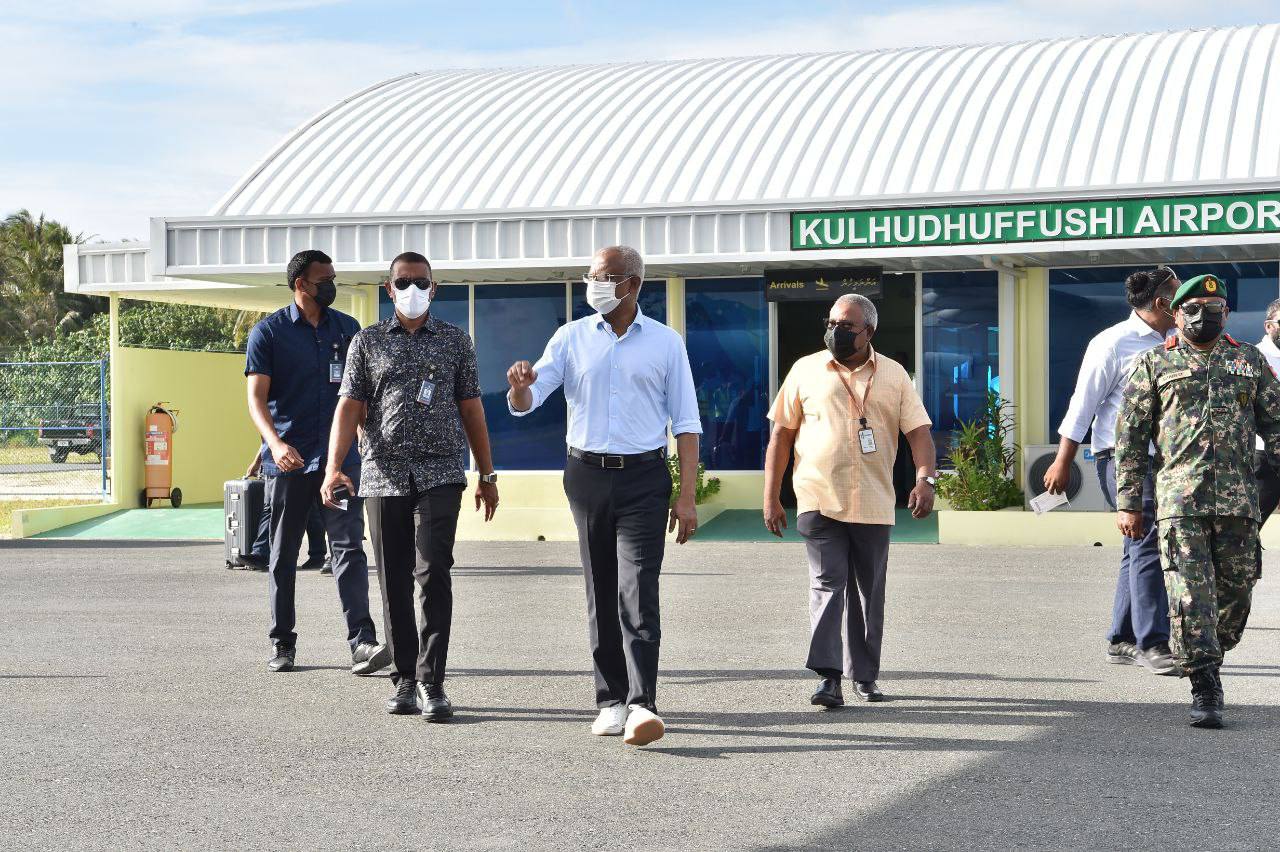 President Ibrahim Mohamed Solih has this morning returned to Malé City upon the conclusion of the trip to Kulhudhuffushi City of South Thiladhunmathi Atoll to join the activities held to celebrate this year's National Youth Day.

The President officially inaugurated the upgraded football field in the city, following which he spectated a friendly match between the Maldives National Football Team and a Kulhudhuffushi Football Team. He also attended the official ceremony held to commemorate National Youth Day as the guest of honour where he conferred awards to winners of this year’s Youth Awards. After the National Youth Day ceremony the President also attended a music show hosted to mark the occasion.

President Solih declared that October 22 would be celebrated as National Youth Day in 2019, following the recommendations of his cabinet that it was a noteworthy day on which the Act enabling voting rights for Maldivian citizens of 18 years and above was passed.

President Solih was joined on this trip to Kulhudhuffushi City by a delegation of cabinet ministers and senior officials from the government.